Riverdance is over, and it’s high time it was

For years, now, ever since that fateful Eurovision appearance of Michael Flatley and Jean Butler, I have been a huge fan of Riverdance, Irish dancing and the music of Riverdance. I have bought many a ticket to the show, merchandise, souvenirs and trinkets for the Riverdance fans in my life. If you want to remember it as I do, click here.

When the farewell tour began, I was pretty sad, but resolved to see as much Riverdance as possible, most recently getting tickets to the Quebec city and Montreal shows. After these shows I am convinced this show should have wrapped up two years ago.

I suspect most of the degradation in the quality of the show comes as a result of cutting costs. I can only imagine that half as many musicians means half the salaries involved, that dancers that also sing cost the company less than singers that don’t also dance in the show, but the problem is that, simply put, they are nowhere near as good. 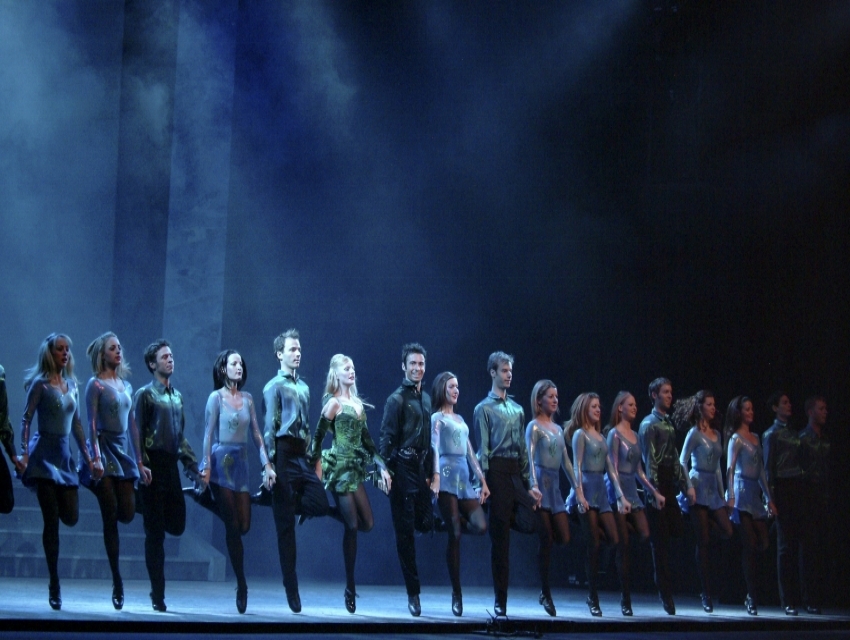 Six years ago, in Montreal, the Uileann piper’s rendition of Caoineadh Chú Chúlainn brought me to tears, and provoked an involuntary shout of “Well done” from my part. Tonight’s interpretation, by contrast caused me to wince and wish I hadn’t spent $90/ticket for some hack to miss the notes and basically turn the Uileann pipes’ lament into an average flute. This is what it’s supposed to sound like. It did not sound like that. Missed notes, no pitch changes to speak of… It still brought me to tears to think that this is what passes for Cu Culainn’s Lament today.

I should say something good about the music before I get to the dancing… The drummer and keyboard player were really good. They didn’t manage to save the show, however.

It wouldn’t be fair, I realize, to compare the lead dancers in Quebec city and Montreal this year to Michael Flatley, but if you can’t do the steps, wouldn’t it make sense to change the choreography slightly rather than ask some poor junior to hack it and nearly fall down trying?

Seriously, he nearly fell down twice. And kept doing triples as doubles and was out shined by the marvelous tap dancer easily, even the one that doubled as a singer, and he wasn’t particularily good at tap dancing. First time, in my experience, that the Irish lads handily lose the “dance-off” part of the show in terms of applause. Ever.

That’s sort of what I thought was going to happen any minute.
Photo: Fionn McCann

It wasn’t easy to root for them either. Cheap costumes, small dance floor, junior dancers, few instrument players, and lip-syncing. The highlight of the Irish dance revolution show was the Spanish flamenco dancer and the traditional North-American tap dancer, complete with jazz hands. Forgive me if I mourn the whole thing’s passing right away, but let’s face it. Riverdance is dead, killed by budget cuts.

Only thing that hasn’t been cut, of course, is the ticket price… And charging that much for what basically amounts to a céilí (Irish village dance) is asking a lot.

So goodbye, Riverdance. I’ll try to remember you when you were still pretty.

Please keep in mind that comments are moderated and rel="nofollow" is in use. So, please do not use a spammy keyword or a domain as your name, or it will be deleted. Let us have a personal and meaningful conversation instead.

I am an IT professional with a specialization in workflows and technology for relational marketing, digital printing, database analysis and management based in Montreal. If you have a business and you need some help getting started, or if you need expertise in database management, marketing, social media or generating content, drop me a line; chances are I can help.

Once every few years, a company fucks up so completely, so thoroughly, that ...